The wonderfully quirky Fairytale Distillery entered 5 of their gins in the World Spirits Awards 2020, that was to be held in Bad Kleinkirchheim, Austria on 20th March this year. Well, for obvious reasons the ceremony didn’t go ahead, but the winners were announced and they were delighted to have won the top award in the gin category, with their Gon No6; which was awarded World Spirits Award & Spirit of the Year!! Yes, a Double Gold medal for the Fairytale Distillery with its Highland Gin No 6!

That’s quite a haul! This meant that every gin that they entered won a medal at this prestigious world class event. Over 100 distilleries took part, there were a total of 479 products including 107 gins.

There is even more … 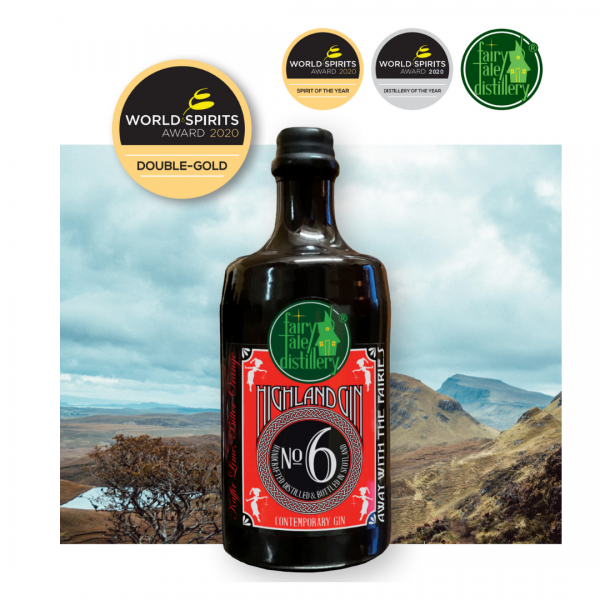